Learning new languages ​​is never a waste of time, and it shouldn’t be limited to the interest of better understanding a certain type of entertainment. A new language, a new culture, whatever its objective, is always exciting to relearn.

Being an average young Indian, we know that we are all mostly bilingual (mother tongue + English). Until and unless we are a K-pop fanatic or an anime fan, we personally take no interest in learning any other. The most we have been able to do is to learn French at school.

But if you’re hopelessly stuck right now, let me introduce you to Korean. (hangul). Especially to the vocabulary and phonetics of South Korea, since it differs to some extent from that of North Korea.

As an Indian, it is one of the easiest non-Indian languages ​​to learn from scratch. Much of what I am about to explain will only further substantiate my point.

It is an SOV language:

^ Just like many Indian languages. SOV (Subject-Object-Verb) is the common sentence structure of many Asian languages. So even learning Korean as a translation from Hindi or Tamil will be a piece of cake when you can communicate it verbally without feeling awkward. On that note, learning Korean from English, which follows an SVO structure, is much more difficult.

It also has particles that are difficult to explain:

There must be something like this in all Indian languages, like “-Al” Tamil here. How are you going to explain to someone who doesn’t know the languages ​​of our country why such a random particle is important to make the sentence grammatically correct?

Korean has the same thing, so learning it in depth without worrying about using those little bumps will save you a lot of confusion. 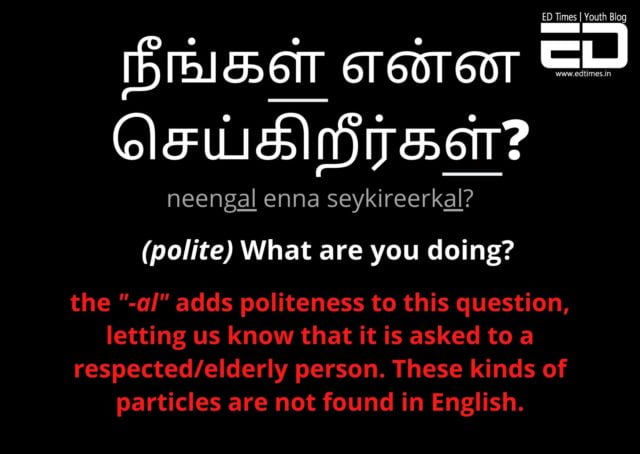 As you can see from the chart, the way consonants are processed with vowels to form words is surprisingly very similar to that of India.

Adding specific strokes to an existing consonant to give it a certain sound corresponding to its vowel is exactly like here. This is unlike European languages, which add the vowel as a whole to give some phonetics. 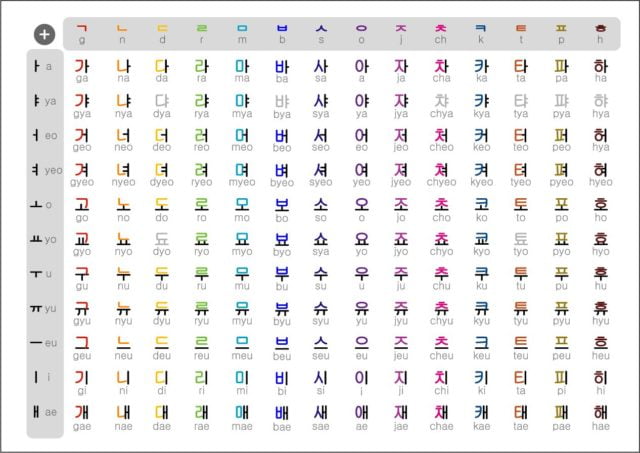 Read also : Are South Koreans Born From This Indian Princess From Ayodhya?

It’s much easier than other East Asian languages ​​such as Japanese and Chinese:

Although containing different dialects such as Mandarin and Cantonese, the Chinese have a writing system (Hanzi). It is entirely based on the logographic symbols of each word, and there are nearly 40,000 of them in their vocabulary! You need at least 3,000 in hand to qualify as “literate”.

As for Japanese, there are 3 different scripts. 2 scripts are similar to HANGUL, but each phonetic results in a completely different letter. The 3rd scenario Kanjiworks like Hanzi, with a unique representation of each word. Typically, all 3 scripts are used in a normal sentence.

But Korean is the one and only HANGUL – no additional logographic script. I’m serious (hanja) was present in the past, but now it is limited to academic writing, religious texts and newspaper headlines. Its importance increases when learning advanced level Korean or homonyms.

An added bonus: If you are Tamilian, it is even easier to learn Korean. A good deal of Korean vocabulary looks extremely similar to Tamil vocabulary. There is also a theory revolving around him that explains this present similarity.

There you go folks, it’s all up to you now from here. Although I mainly learn Japanese, I can still attest to the difficulties of learning other European languages. You can start learning Korean on your own;

2. Learn grammar and sentence structure – all via YouTube and other resources.

Actively research Korean words all over the internet to build your vocabulary, and researching it through sentences and paragraphs really helps to learn the context in which those words should be used.

Better yet, try taking online or physical classes, because having a mentor makes all the difference. They will always be there to help you in your learning and to correct you when you are wrong. Good luck!

Have we finally decoded the language of dogs?