(New York Jewish Week via JTA) — Jewish parents at PS 145, Manhattan’s only public school with a bilingual Russian curriculum, are speaking out against the war in Ukraine.

PTA co-chair Sasha Stashwick said it was important for the school to make it clear that its families do not support this war. “We all stand together as a Russian-speaking community,” Stashwick told New York Jewish Week. “What is happening in Ukraine is not acceptable.”

She added that while Ukrainians are the victims, it is important to recognize that Russian Americans should not be treated unfairly in New York. “Russians live in an autocratic country,” she said. “Nobody asked them if they wanted a senseless war. There is a generation of Russians who also see their future taken away. »

Located on West 105th St. on the Upper West Side, PS 145, also known as The Bloomingdale School, serves a wide range of students from kindergarten through fifth grade, including Jewish families from Ukraine , Belarus and Russia.

The rally took place Monday at PS 145 on the Upper West Side. (Courtesy)

Stashwick’s parents came to America as political refugees from Ukraine in the late 1970s. “My parents have friends who chose not to go,” she said. “Their children are growing up there. All of that has been completely turned upside down. »

Tatyana Margolin, a Jewish mother from Belarus with twins at school, told The New York Jewish Week that her husband’s parents are still in Russia and the family is very worried. “I’m afraid we won’t be able to see my children’s grandparents,” she said. “It’s a deep psychological wound.”

Margolin also said what is happening in Ukraine is reminiscent of the Holocaust, with Ukrainian and Russian Jews affected. “We’ve seen tons of images of religious Jews taking up arms in Ukraine,” she said. “There are also many Russian Jews who stayed in Russia and are now trying to find a way to immigrate to Israel.”

Stashwick said she heard parents worried their children would be bullied if they spoke Russian, adding that she also worried that Russian businesses would be negatively affected by the war. “No one should be afraid to speak Russian or any other language,” she said. “It is a value of our school, that we will love and protect each other.”

She added that, thanks to the Russian bilingual program, it helps to know that there are others in the community who are going through the same experience. “It’s been a good refuge right now,” Margolin said. “But our children cannot be shielded forever from what is happening in the world.” 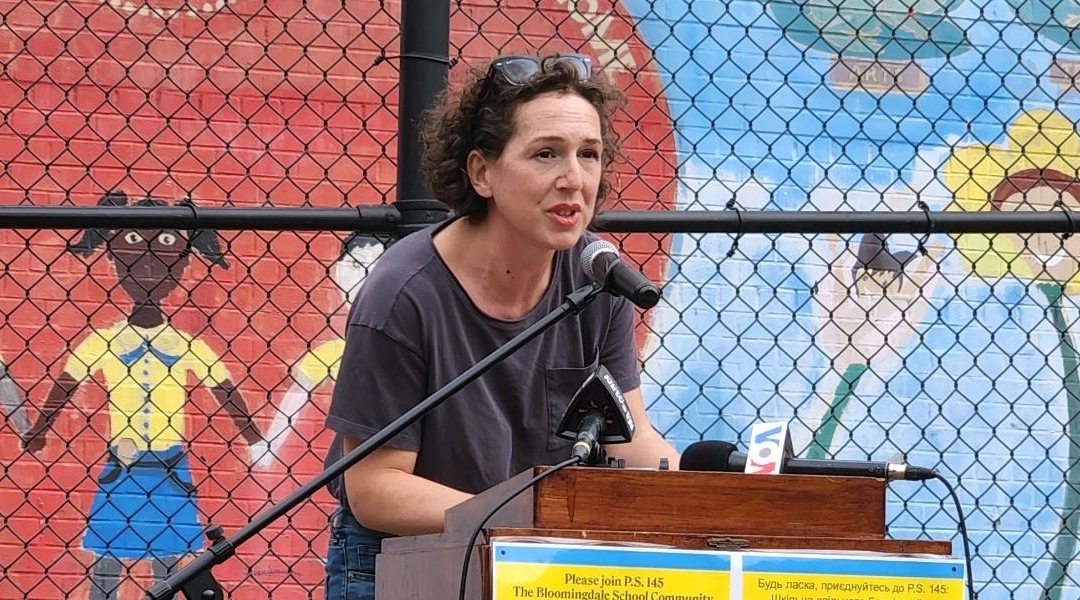 The bilingual program was established in 2017 and now has 72 families enrolled in the program. Students currently in fourth grade were the first class to begin the program; and now there is a Russian bilingual class that starts every year with kindergarten, alternating between English and Russian on a variety of subjects. Despite the wave of Jewish immigrants coming to New York from the former Soviet Union, most families are not Jewish.

Brewer said it was amazing to see students at the school standing up for Ukraine and voicing their concerns about the war. “The kids were really amazing,” she said. “They stole the show. They wanted people to know that the Russians here support Ukraine. Some people were just in tears. 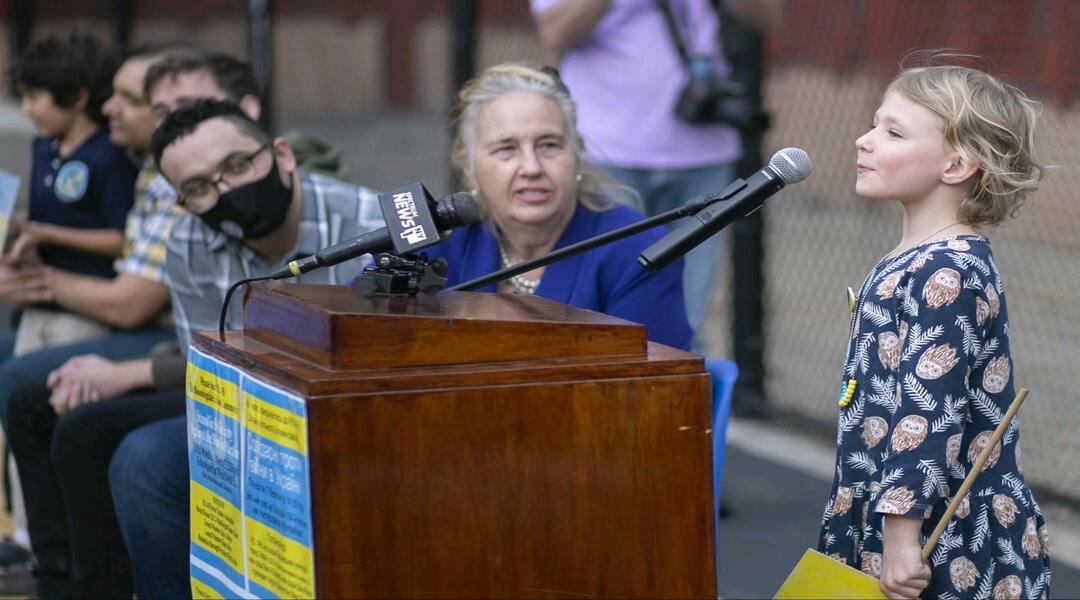 Stashwick said his son “notices everything” and many children seem to understand the reality of war. “Our third and fourth graders were circulating a petition in the playground saying no to war,” she said. “They all waved. They live here in New York, but they don’t see any differences between them.

Margolin said the rally was a great way for the children to learn and exchange opinions with each other. “It was a wonderful opportunity for all of them to come together, to understand that we are united on this issue,” she said.

Stashwick said that although she is Jewish, it was her ties to New York that made this gathering so special for her. “We really are a community,” she said. “Being Jewish is part of that community, but it’s the language that is the unifying force for us.”